A glorious unfolding – a glimpse into the story of us! 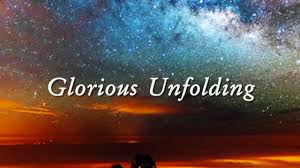 In a God ordained moment, we connected through Christian Mingle. It was my last attempt at using this tool to meet a good Christian man and Sean’s first attempt, as recommended by one of his mentor’s, to expand his horizons. After all, “a date is but a place and time where two people agree to meet, nothing more, nothing less.”

I was a little apprehensive because I had been divorced for 10 years and was finally ready to close that chapter of my life and move on to the next chapter. Sean’s profile seemed too good to be true except for the fact that it said he was only 5’6”, in the end I sent him a smile. Sean was also apprehensive when he viewed my profile, he thought that he didn’t have a chance and that I was out of his league (we can see now that God has a sense of humor and a purpose for our connection).

Once we had connected but before we went out on a “date” our apprehensions subsided. We were able to connect authentically and share our faith and our struggles without fear of judgment. We each had a renewed hope for a Godly covenant relationship. Our first date went from coffee to dinner to an awkward hand shake – it was a glorious unfolding!

As the romance continued to unfold and we got to know each other better it was clear that we would get married. We joked about engagement rings and their value, I was practical and he was romantic (or what I would later start calling “sappy”).

Sean has a genuine character and if he loves you, the whole world will know it (particular thanks to Facebook noted). In July, 2014, during our first extended time apart and only a few short months after our first date, he texted me while I was at Algonquin Park to refresh his memory about our discussion on engagement rings. Odd, I thought, this could wait until I was back home from my family vacation? Then upon my return, he was eager to get together…finally on the Tuesday evening we met face to face – he wasn’t himself – to this day, I can’t describe it but he definitely was acting like himself! We were in the east end of town visiting some friends and he insisted that before I go home we head out to the west end of town so I hesitantly obliged – I told my girlfriend that he was acting oddly and that I believed he was going to propose – she joked and said two things; “Call me if he does and if he doesn’t please promise you won’t get angry with him.” Long story short we went out to Andrew Hayden Park after stopping by his house in Kanata (minor detour) and although it was dusk and the mosquitoes were bothersome, he got down on one knee and asked me to spend my life with him and marry him to which I said yes – it was a glorious unfolding!

In the meantime, I had begun to notice that something wasn’t quite right with Sean’s digestive health. First of all, I am the observant type. Secondly, I have personal experience with digestive issues. And, finally, I have over 9 years of experience working with cancer patients and researchers. When Sean describe his symptoms to me, I quickly prompted him to get checked, his family doctor promptly referred him for a colonoscopy and within eight weeks, we knew almost beyond the shadow of a doubt that Sean had a stage 2 tumor in his colon/rectum that was the size of a grapefruit. Treatment was inevitable!

On September 30th, 2014, following the doctor’s assessment of Sean’s colonoscopy and hearing the words “I am 99% sure that it is a cancerous tumor”, we held each other close and cried. Sean blamed himself and I felt helpless yet when we recovered I expressed that “no matter how silly or out of place it sounds, I am ready to marry you now.” – it was a glorious unfolding!

The next few weeks were a blur and by God’s grace we held it together! Much healing and many miracles took place! Most of which could only be orchestrated because Sean now had cancer! First, he had an opportunity to reconcile with his son Matthew. Second, he had an opportunity to gain closure from his first marriage. Third, he was accepted into a clinical trial which would not involve radiation therefore he would not be required to trek to the hospital each day for 28 days for treatment. Finally, we were able to plan our wedding at the Stonebridge Golf Club (formerly his grandfather’s family farm) within a few weeks and over 125 people joined us in the celebration. And we were gifted with a beautiful honeymoon in Mont-Tremblant! – it was a glorious unfolding!

Days following our return, Sean started his first round of chemotherapy! Some days were harder than others yet he never missed a church service or an opportunity to help out or comfort a friend! I held on to the belief that this was just a bump in the road and that God would not bring me to Sean only to have him taken away from me so soon! Because of my job there were many times when I couldn’t accompany him to treatment yet I wanted him to know that I was there in spirit and gave him a heart shaped nail lapel pin which I also encouraged him to share with others – it served as a reminder of love and greater faith in God. Every last one of those lapel pins has been handed out and I believe that it has had a ripple effect on the lives of others – it was a glorious unfolding!

I will spare you the other details of Sean’s cancer journey except to say that with treatment the tumor shrunk 67%, was successfully removed and the reconnection surgery was completed in October 2015. He has been back to work full-time since January 2016. Throughout this time Sean has been nothing but positive, encouraging others to get checked and a testimony of faith to all he meets. He would be more than happy to speak to anyone about his experience. (jabez6670@gmail.com)

Being a cancer patient also has a profound impact on the caregiver. Only since January am I learning to be a wife instead of a caregiver with responses coming more from love than caring – although the two go hand in hand we respond differently when we are caring for someone’s body and health (life and death) versus loving them day to day. In the first year, I was mindful of Sean’s stress level, physical activity and nutrition and while I still harp on him about his nutrition I need to remind myself that he is no longer the patient who needs to be doted on an protected therefore I am learning to be more loving and allowing him to be more responsible for his choices thus making me a better wife – it is a glorious unfolding!

As a result of being a caregiver I believe that I experienced some delayed responses to this stress which is now manifesting itself in my own physical and mental well being. Despite doing all the right things and taking the right medications I have reached a point in my journey where a reset is required – my struggles with heart palpitations, hormonal fluctuations and generalized anxiety are affecting my ability to function productively and effectively.

This week at the cottage has been a most welcome change, an opportunity to reset and reflect on what is important to us. A time to rest and rediscover what it is to be husband and wife instead of patient and caregiver. A time to explore our dreams and forge ahead in our plans for the future. – it is a glorious unfolding!

It marks the end of a tumultuous season which would have been impossible to overcome were it not for our faith in our loving God, supportive family, encouraging friends and a multitude of prayers.

With grateful hearts, prayers and in the spirit of friendship, thank you for your generosity, hospitality and kindness. Your cottage has been a great blessing to Sean and I. As we go from here and explore our dreams please know that you have touched our hearts and impacted our lives – it is a glorious unfolding! 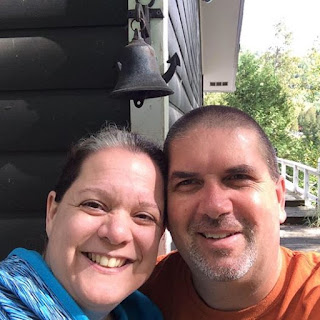 `
Posted by called to love abundantly at 17:50 No comments: